Through the sales and marketing partnership with Mercedes-AMG, the producer of high-performance motorcycles MV Agusta wanted to further accelerate its growth.

A merger of equals

It was definitely one of the economy highlights in the end of 2014 and the beginning of 2015. The sports-car and performance brand Mercedes-AMG of the Daimler AG and the Italian motorcycle manufacturer MV Agusta signed a cooperation agreement on a long-term partnership. The cooperation between the two high-end brands with long traditions and histories specifically included the area of marketing and sales.

One man, one engine

In the AMG engine factory in Affalterbach, highly qualified engine mechanics build the engines by hand according to the highest quality standards and the principle of “one man, one engine” – as witnessed by the AMG engine plate bearing the signature of the responsible mechanic. This exclusive craftsmanship fit exactly with the MV Agusta philosophy of raising the development and manufacturing of motorcycles to another level: motorcycle art. MV Agusta motorcycles represent dedication to the perfect balance of high performance and breathtaking Italian design. Through the sales and marketing partnership with Mercedes-AMG, the producer of high-performance motorcycles wanted to further accelerate its growth, which has been at a double-digit rate since 2010. In 2017, three years after the deal, Mercedes-AMG has sold its shares to ComSar Invest, a part of The Black Ocean Group. 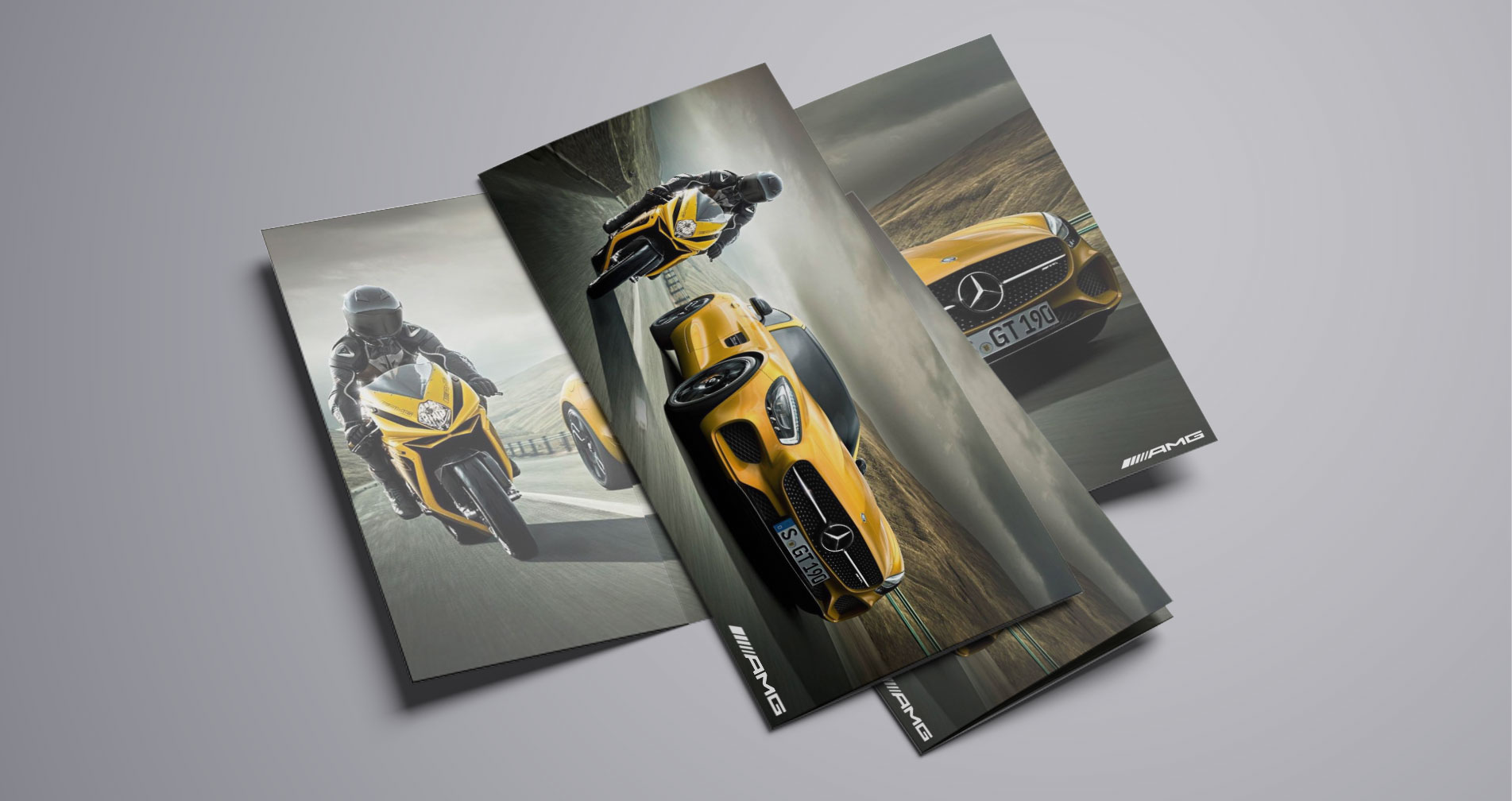 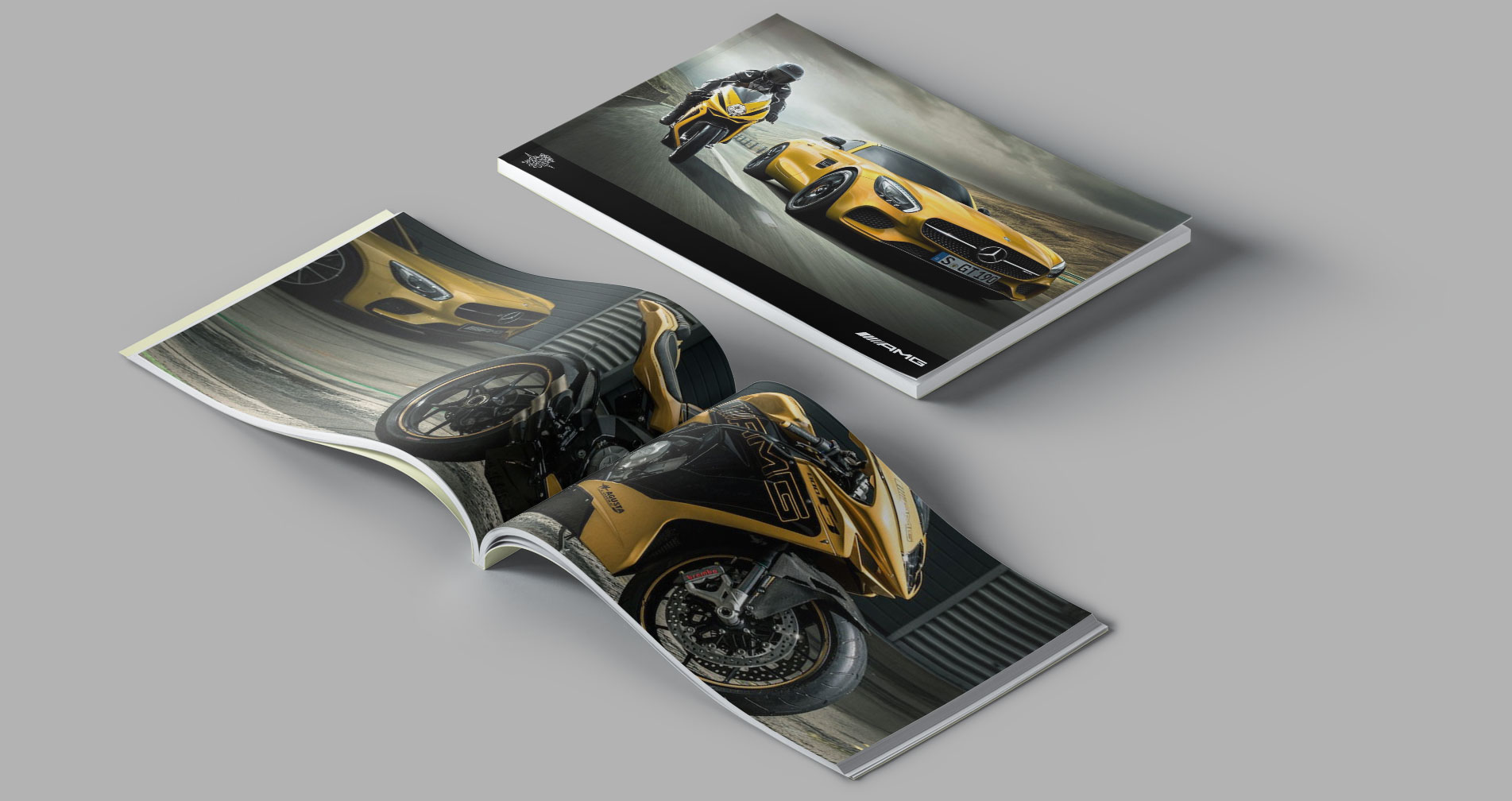 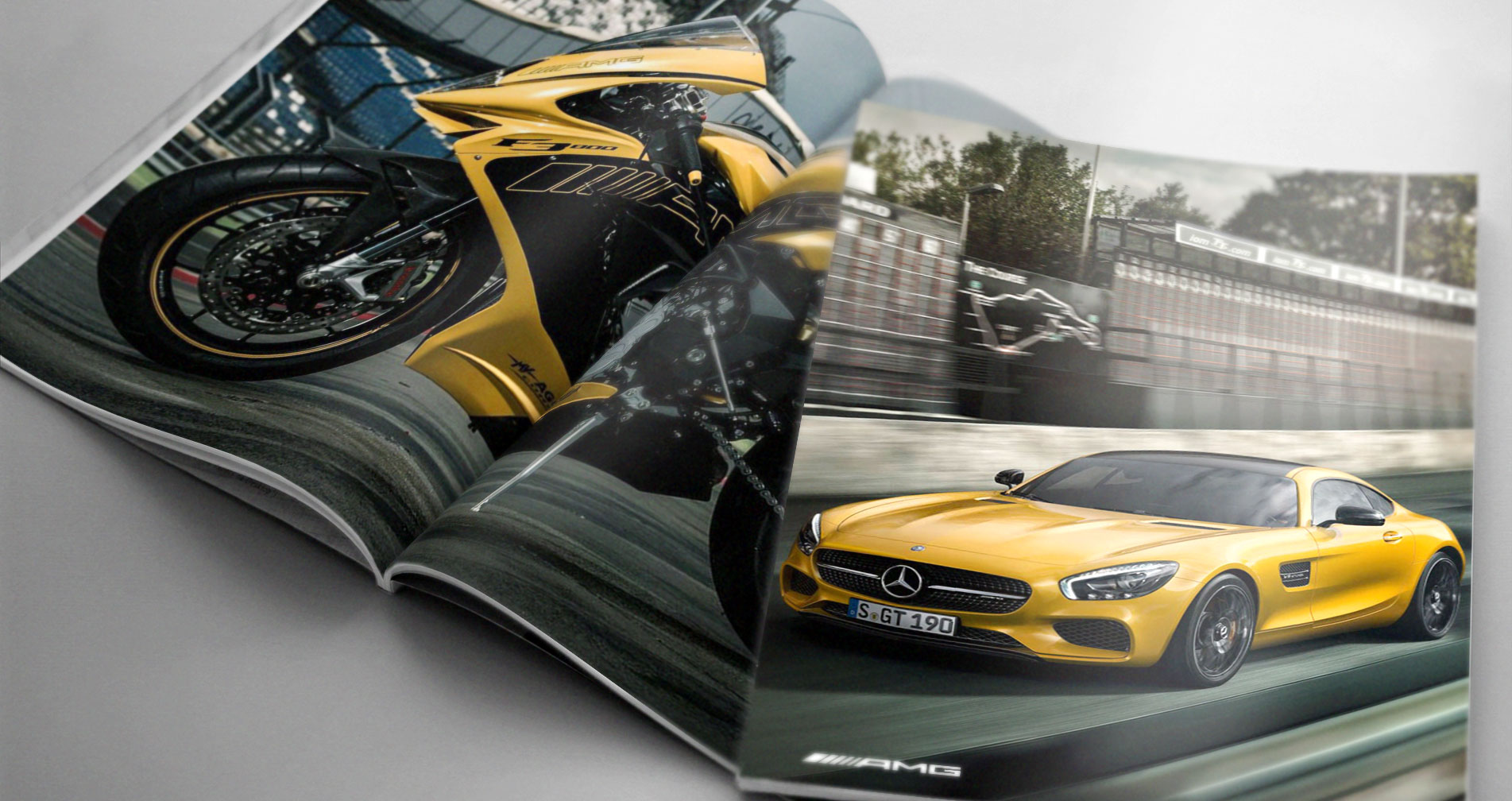 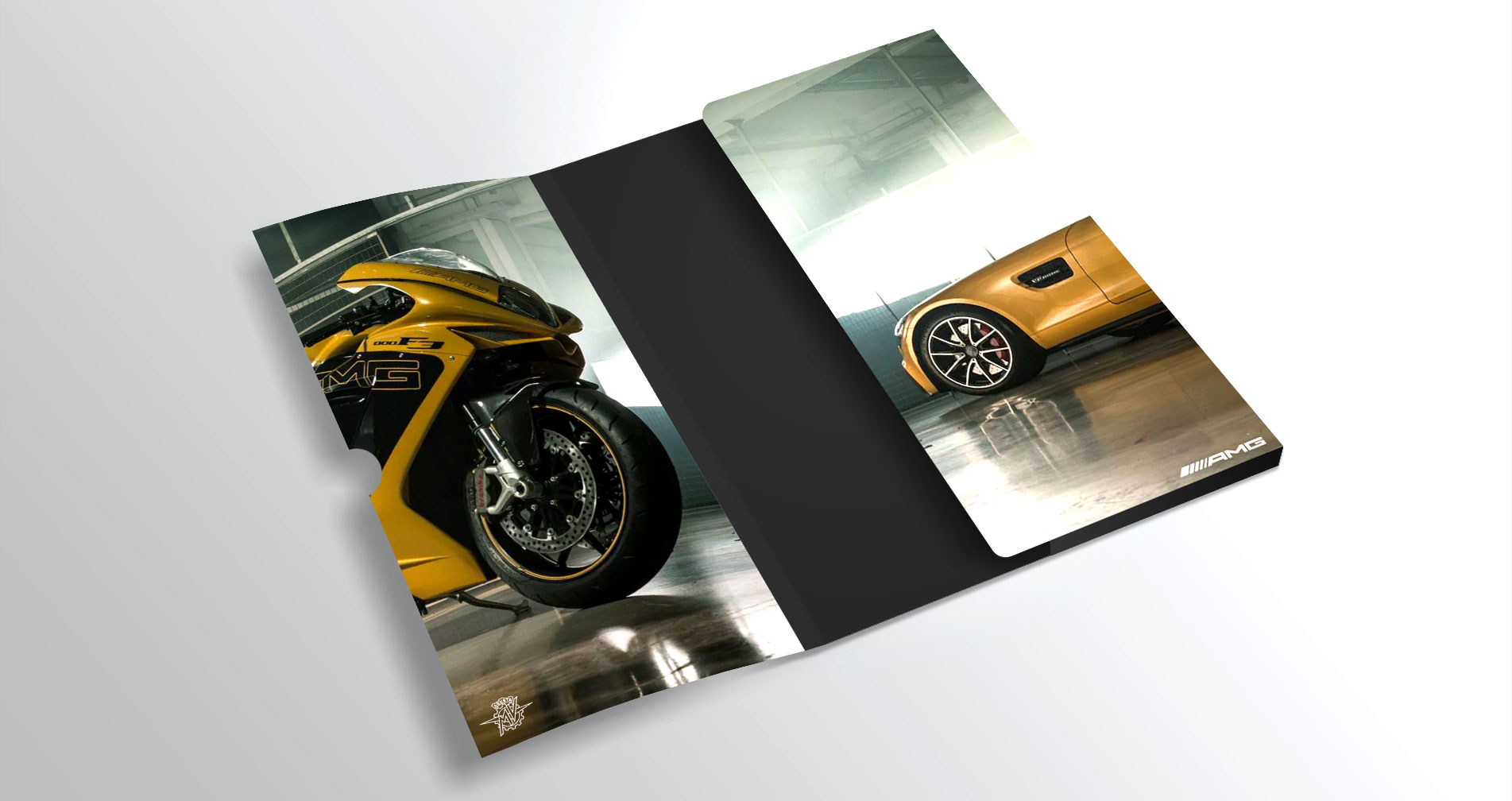 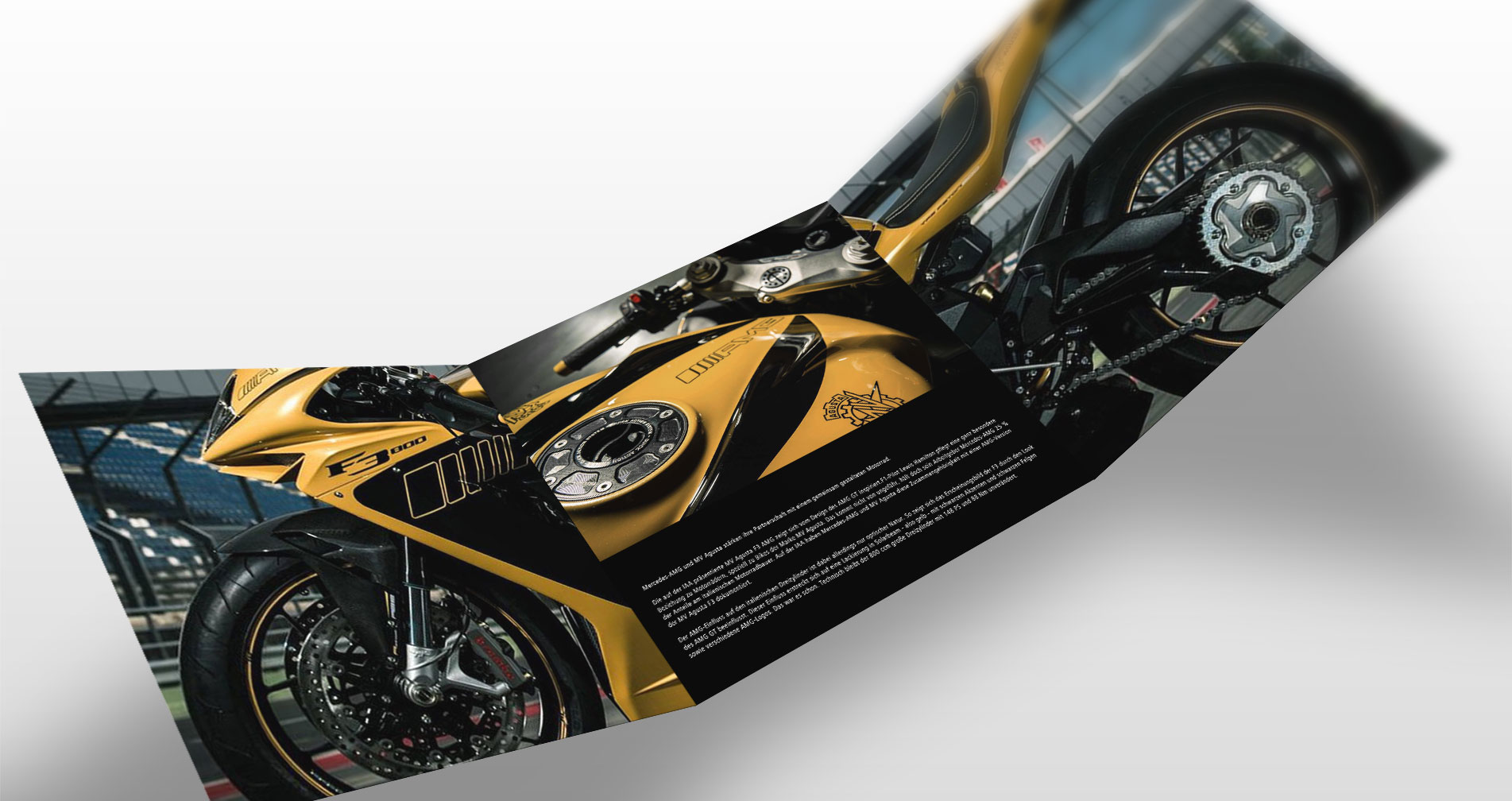 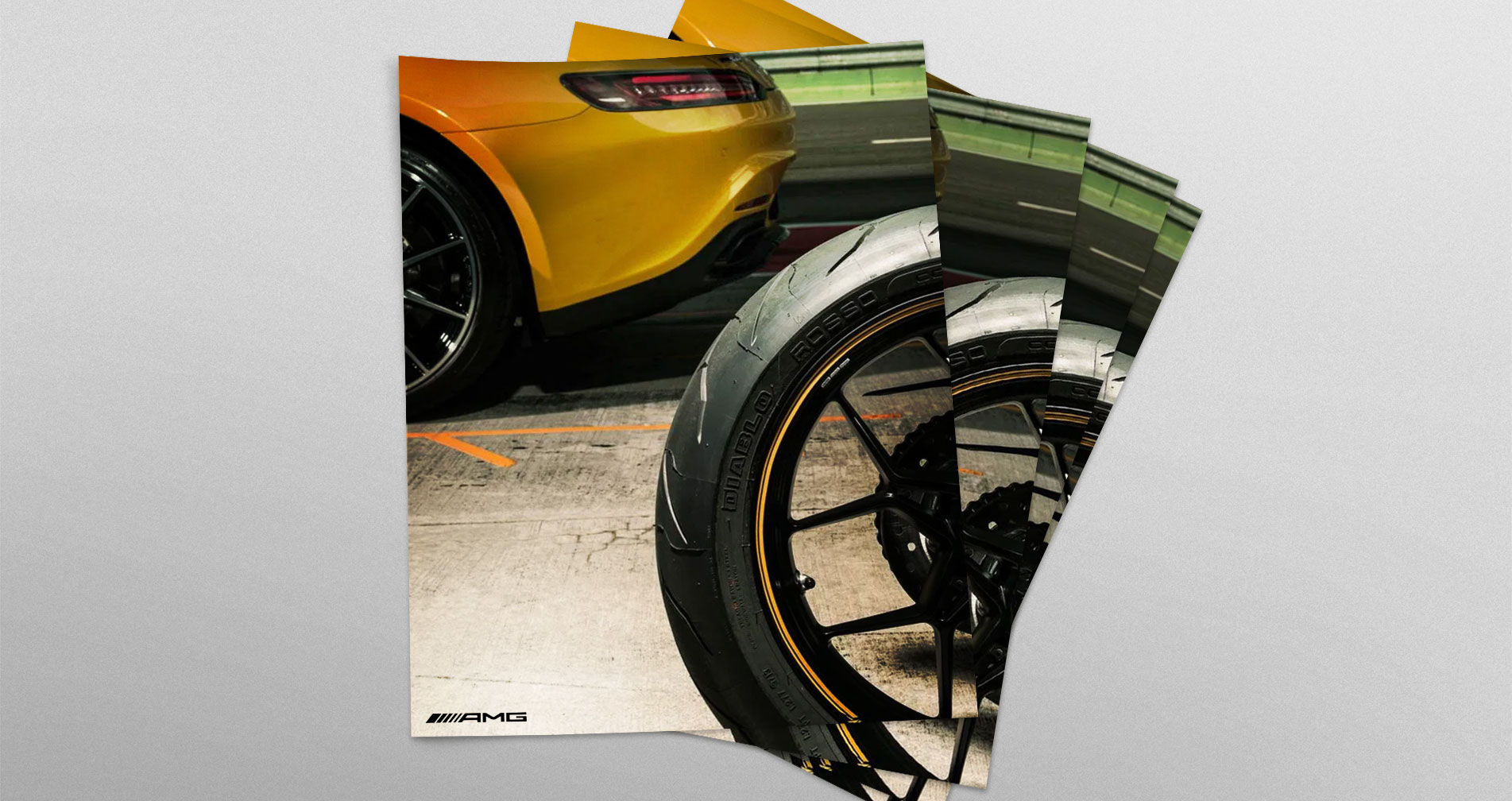 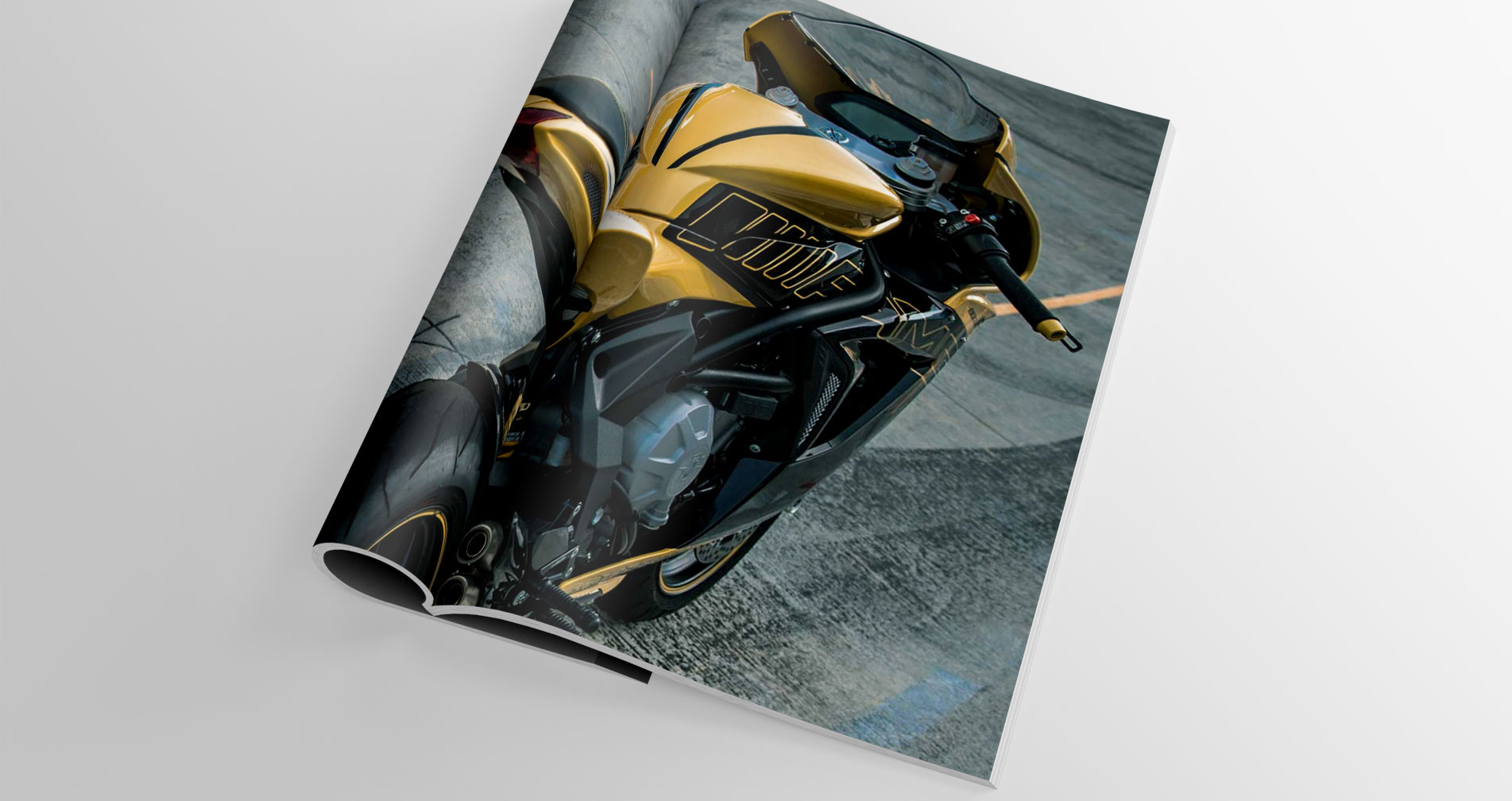 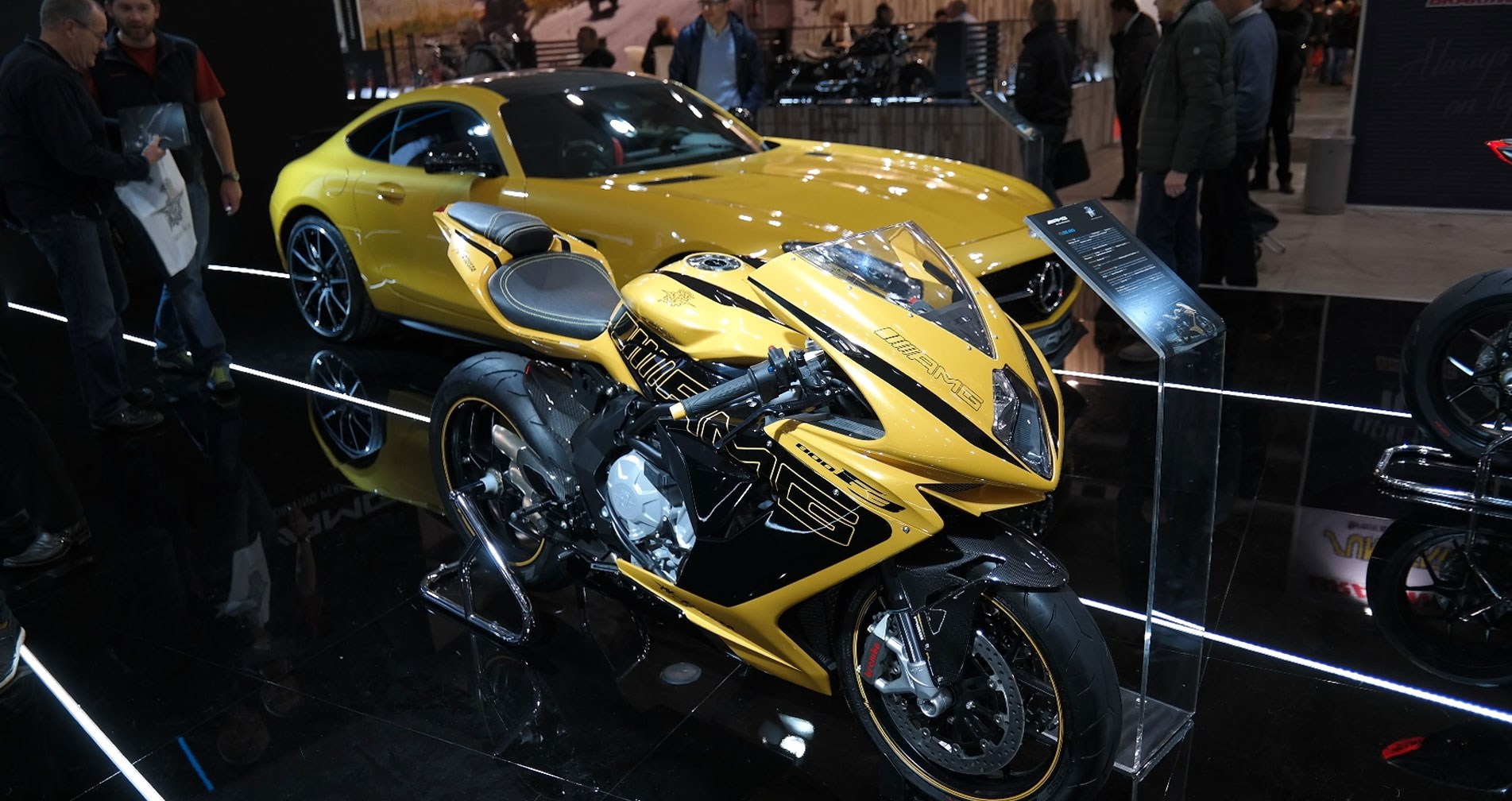 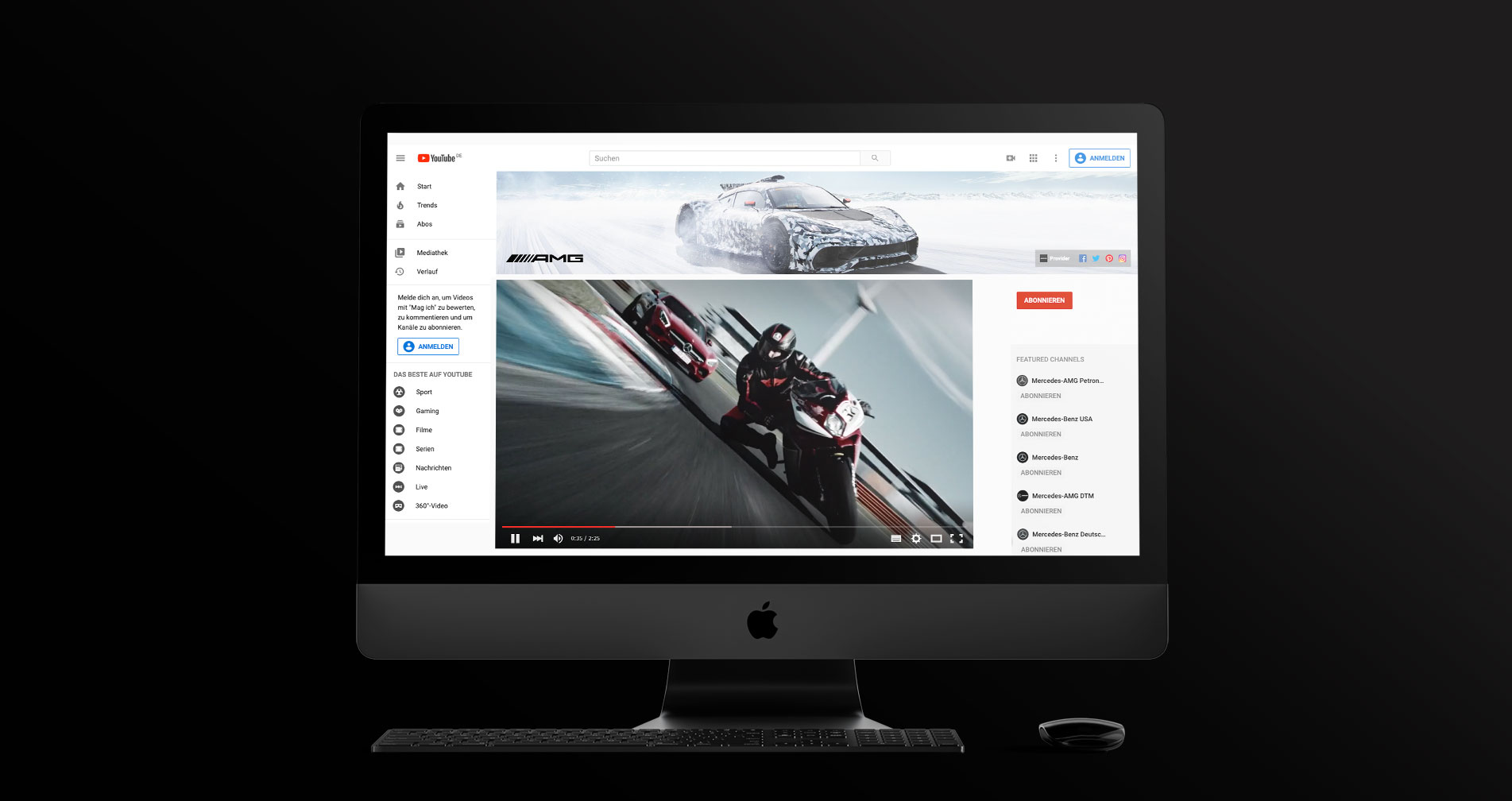 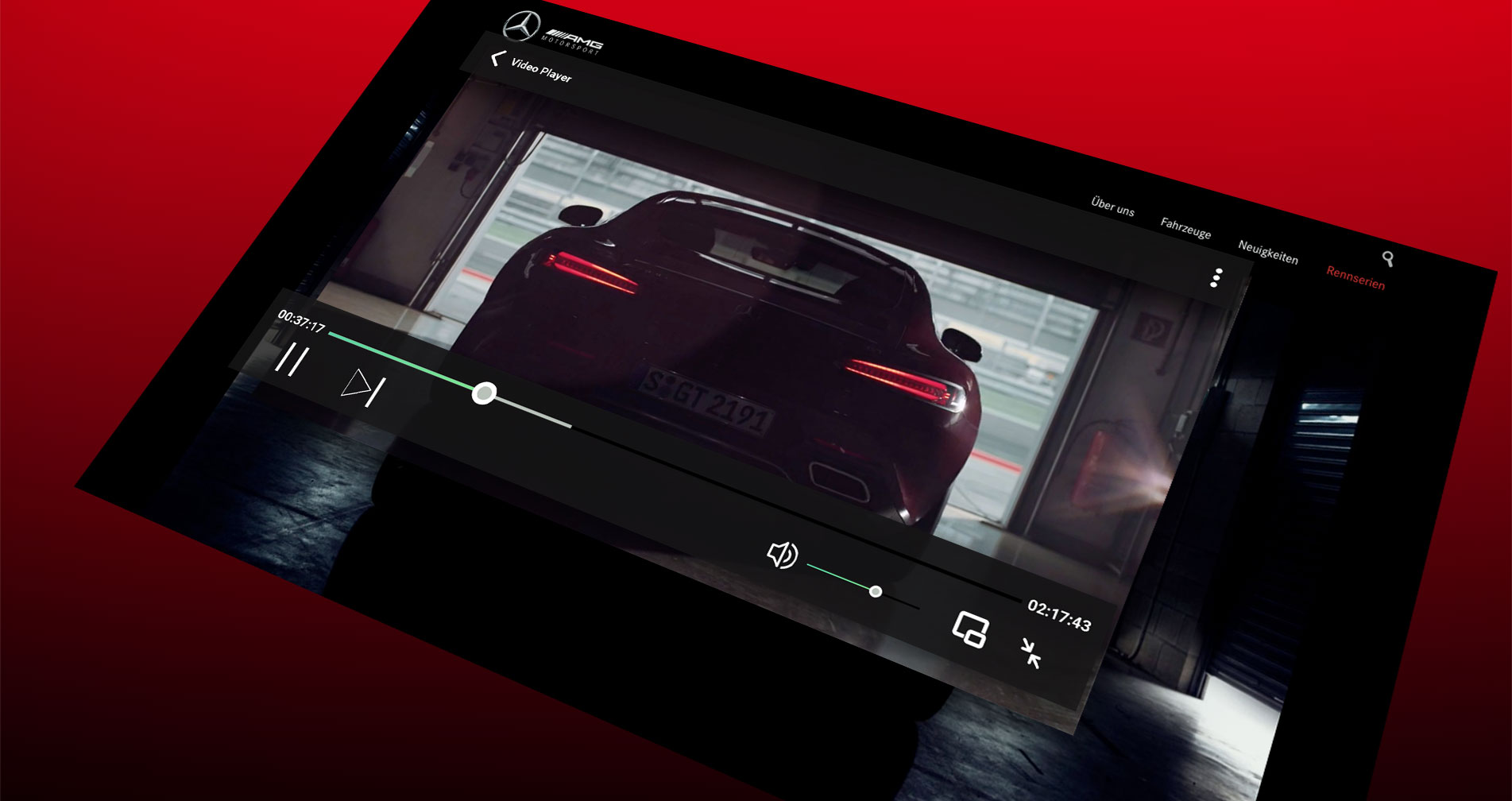 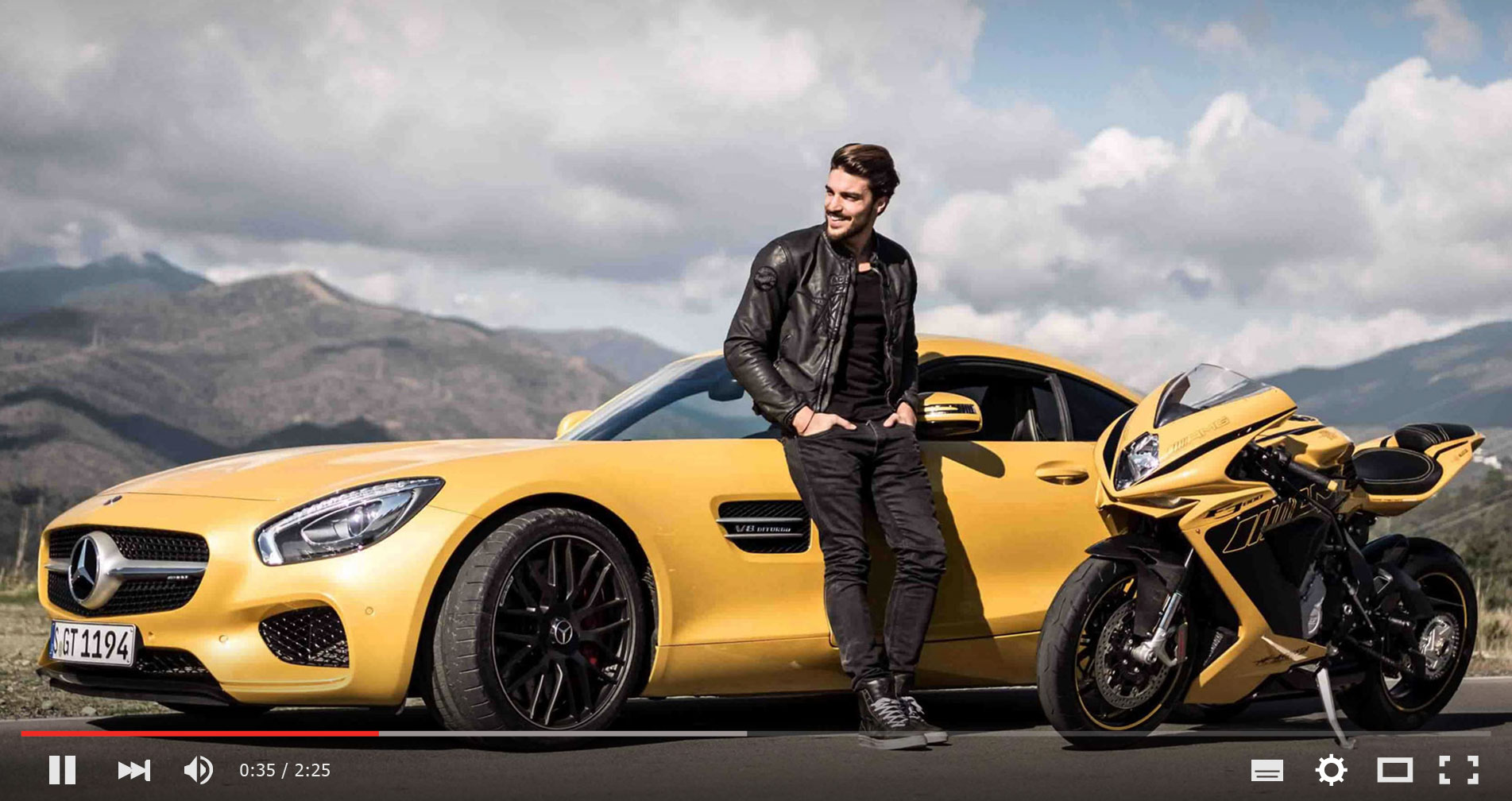 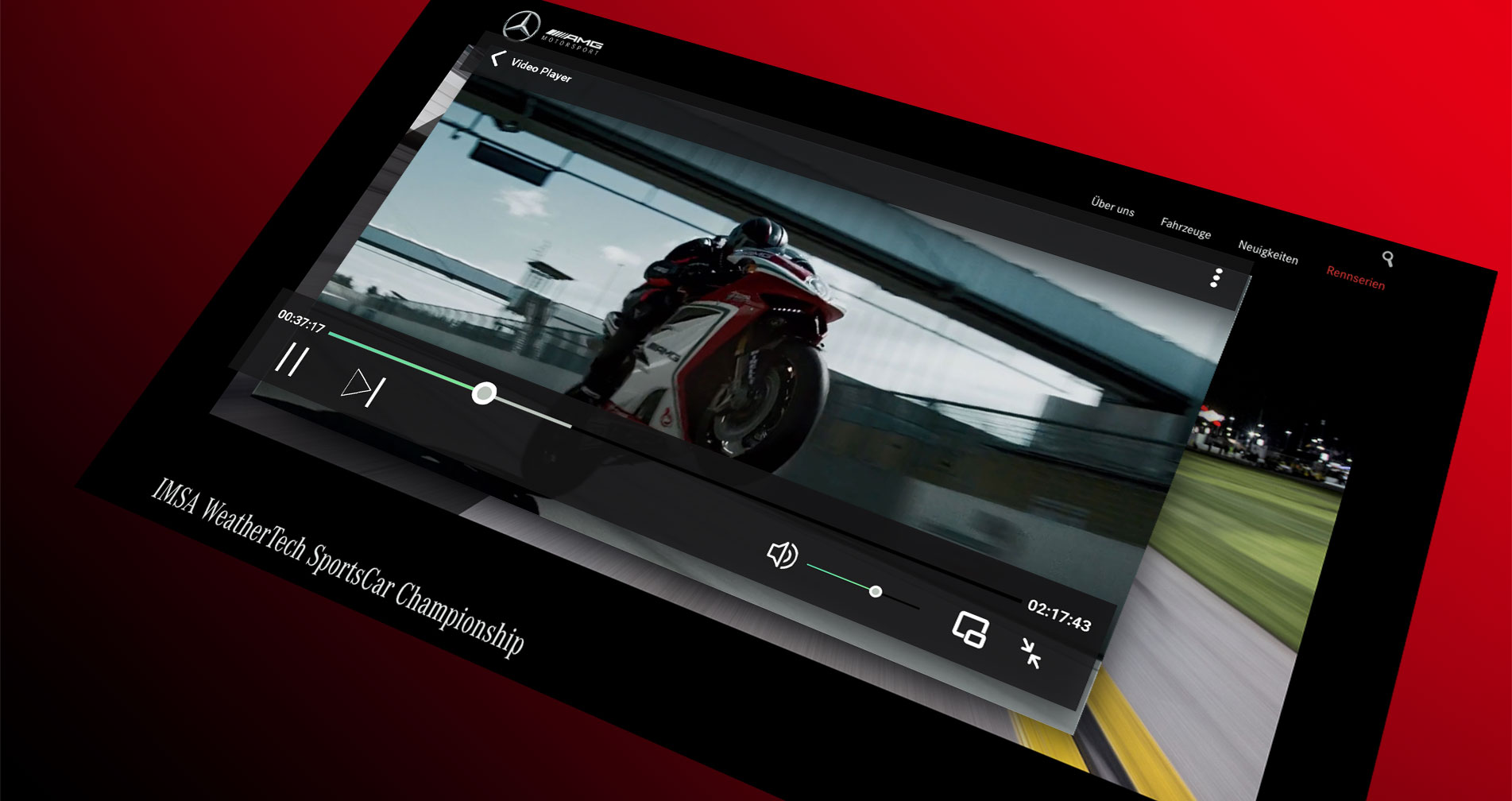 Roundabout communication from print and digital to event

Nevertheless, in 2015 it was my task as a Creative Consultant Automotive to initiate a wide range communication campaign guiding through all steps of this merger. This included the conception of all printed material such as brochures, flyers, banners, posters, OOH assets, but also (digital) special formats for web & social media and (D)OOH. For the production of the photographic pictures, I worked with the well-known Staud Studios in Stuttgart, which through their expertise in high-end photography, CGI and retouching of high-quality car model photographs could guarantee a smooth rollout. Also by working with a director like Tibor Glage, who has years of cinematic experience in the automotive sector, it was possible to shoot high-quality moving images in different regions of Europe within a few weeks. That was necessary. Because the deadline was set.

Come together at the IAA

The campaign was rounded off by a public presentation by both CEOs Tobias Moers and Giovanni Castiglioni at the IAA, at which the merger of the two companies was shown to the public in detail. Accordingly, it was important that all individual measures paid into the event and this was seen as a highlight of the communication campaign itself. Important elements have been the presentation material, film and all the interactive content to come together at the IAA in Frankfurt and play an important role within the exhibition stand.

The SL 63 needs to be heard from its power delivery, enhanced driving dynamics and the beauty and elegance of a sports car that makes it clear even when it is stationary: it's about driving performance. 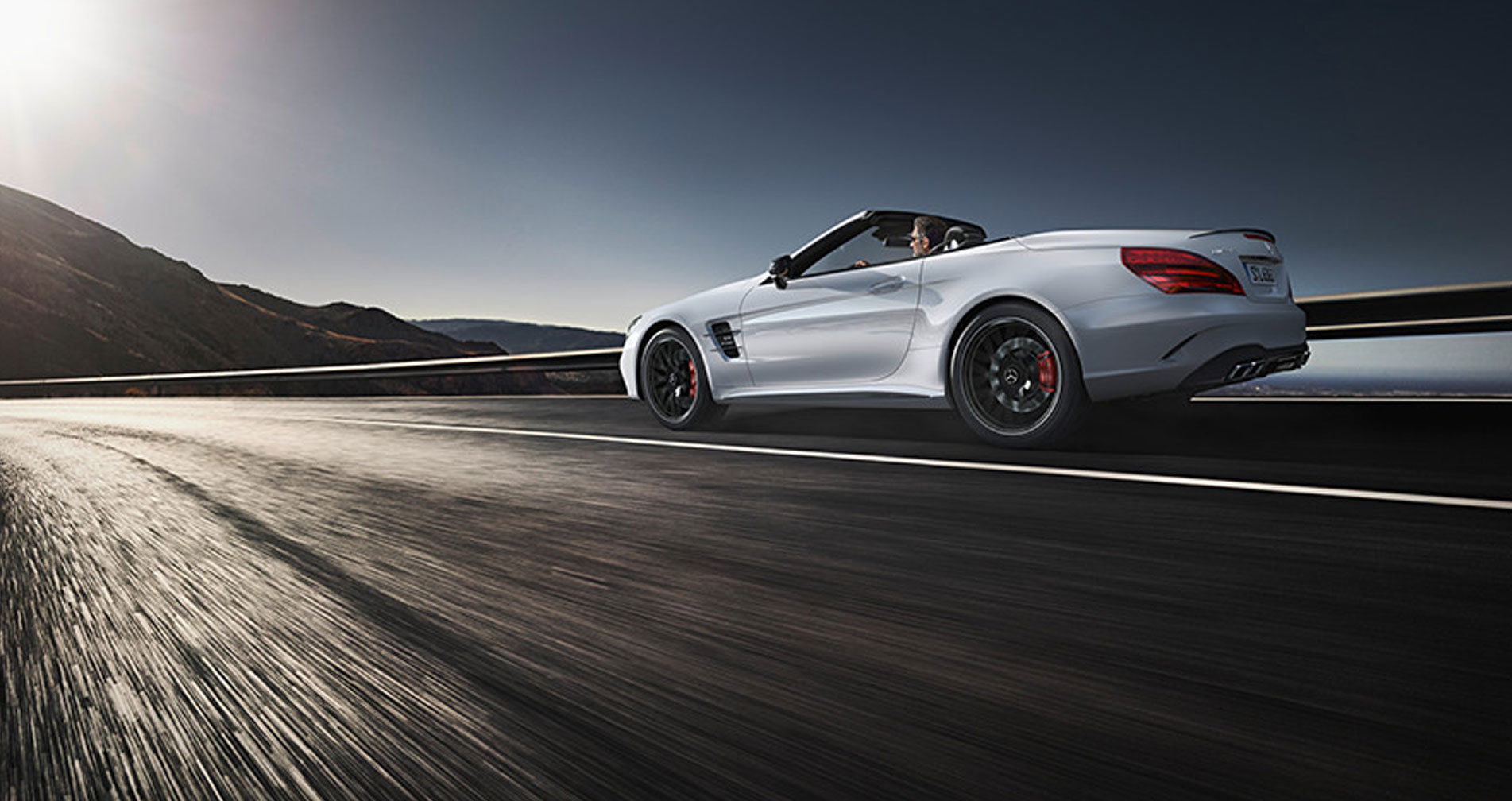 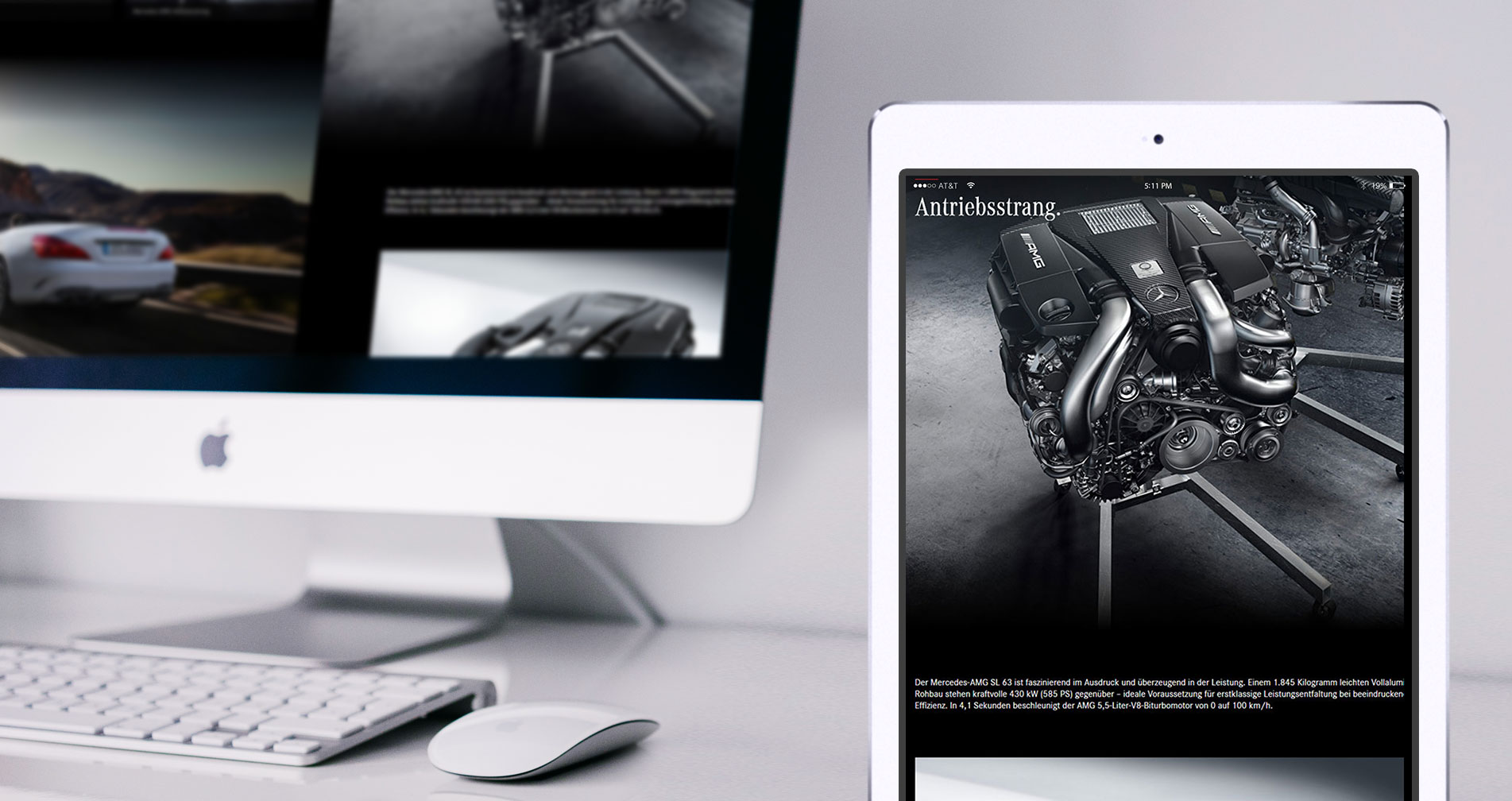 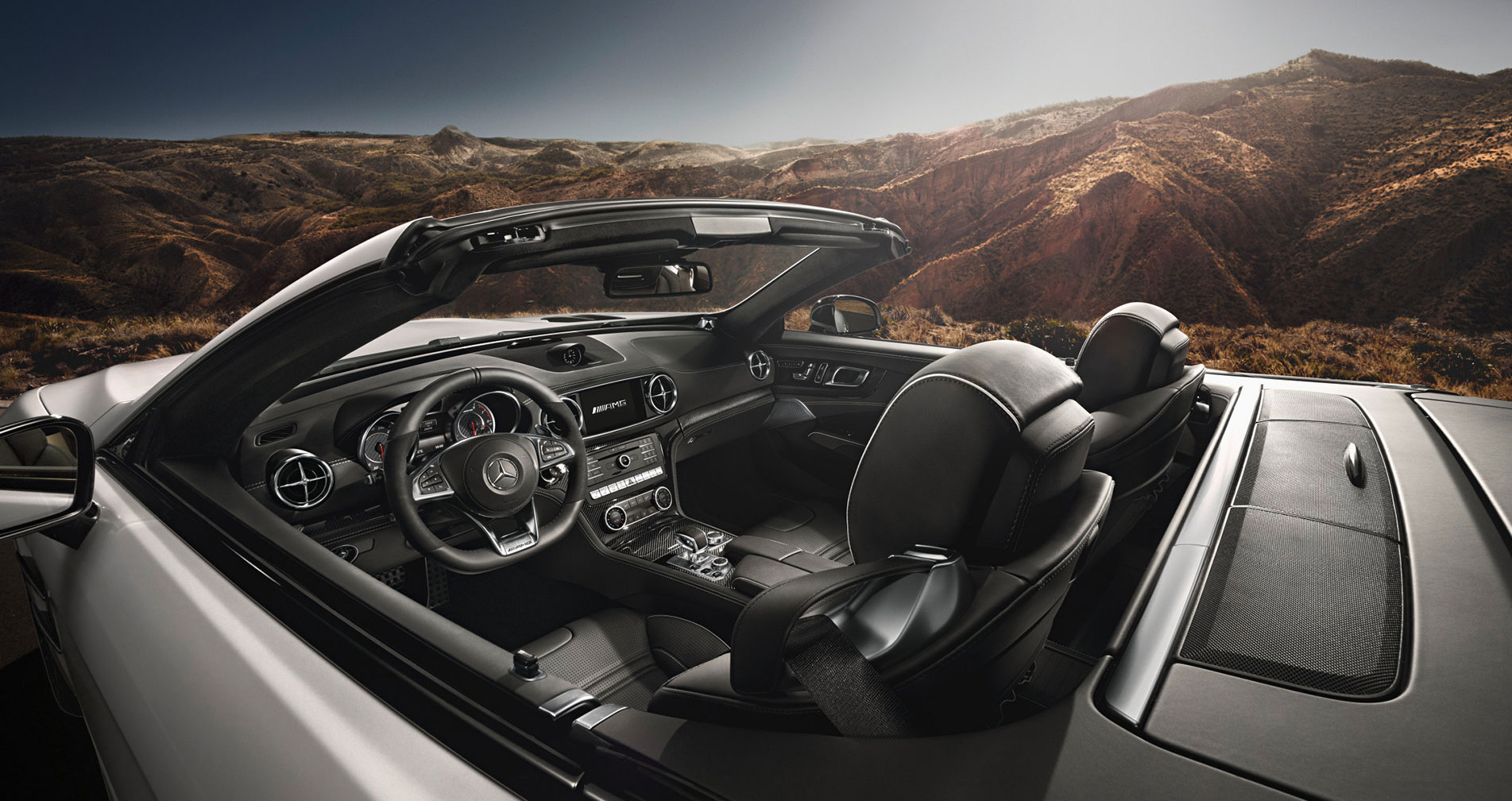 The Mercedes-AMG SL 63 is AMG's aspiration to improve everything about driving performance. An opposite design rounds off the vehicle. The silhouette of the Mercedes-AMG SL 63 reflects the written AMG design language. For the market launch of the new SL 63 AMG in 2015, all assets for the activation campaign had to be connected and created. On the one hand, this had to be the print publications, but also all of the digital assets of the website with its panoramic functions and an extensive configurator. A special challenge were the interior shots that had to be upgraded by CG. This required an eye for detail and perfection in every depth. According to this fantastic masterpiece car.